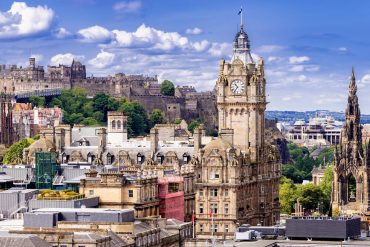 In 1990, the population of the United States of America was 246,819,230 — and that number includes the more than four million brand new babies born that year.

Then, of the roughly two million of those that were girls, the number 1 girl baby name was Jessica, with 46,475 daughters named Jessicas born that year.

In addition to all those girls named Jessica, there were also a few other people you might have heard of who arrived in ’90 — such as Margot Robbie, Emma Watson, Eiza González, Jennifer Lawrence, Kristen Stewart, Rita Ora and Iggy Azalea (born Amethyst Amelia Kelly).

Take a look at the top 200 girl baby names for 1990! You can sort the list by popularity rank, in alphabetical order, or by the number of letters in the name — plus may choose to view some or all of the records. (You can also search for all or part of a baby name using the search area on the upper right of the table.)

Listed and ranked by popularity: The 200 most popular baby names for girls born in 1990