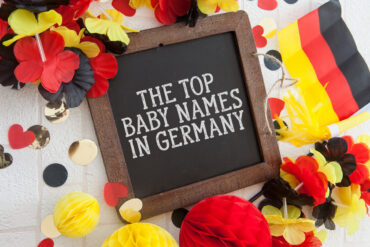 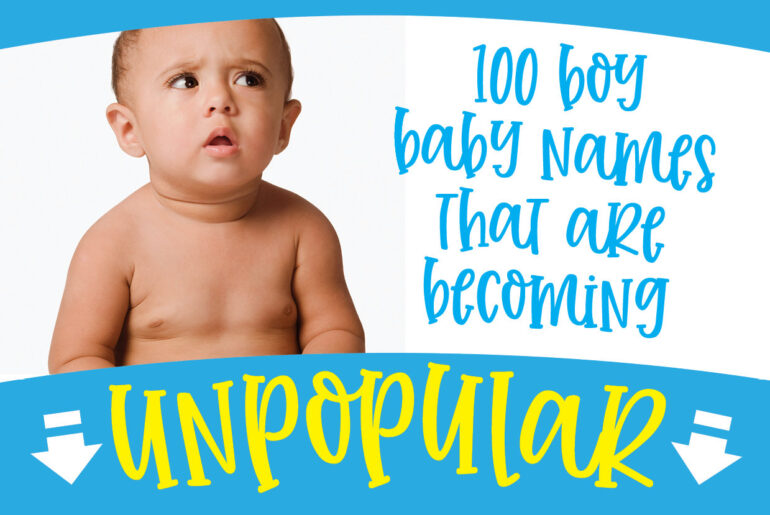 Parent’s choices for baby names have always followed trends and had common influences, starting in the years when children were first named for tribal elders, and then later for kings, stage actors and presidents.

Now, our culture is influenced by names from around the globe, but they are also more likely than ever to be inspired by the names of singers, actors, and TV/movie characters.

But, as Newton’s third law states, “For every action, there is an equal and opposite reaction.” In this case, that means for every new name that breaks into the top 1000 most popular list, one has to drop off the list.

These changes aren’t quick — often it can take a decade or more to go from the top 100 to oblivion — but you can figure out which names are becoming unpopular by checking how their ranking compares year over year.

The list below shows the 100 most unpopular baby boy names that fell out of favor the most — in this case, that means boy baby names that went from a higher position on the top name list to a much lower spot — between 2016 and 2017.

About one third of these names (32) dropped out of the top 1000 list entirely. The top seven names here all dropped off the thousand most common baby name list entirely.

Below you’ll see a table showing one hundred boy baby names and the corresponding unpopularity rank, along with how many positions it dropped, and its rank for those two years. You can sort by how much the name diminished in popularity, rank in 2016, rank in 2017, or alphabetically. 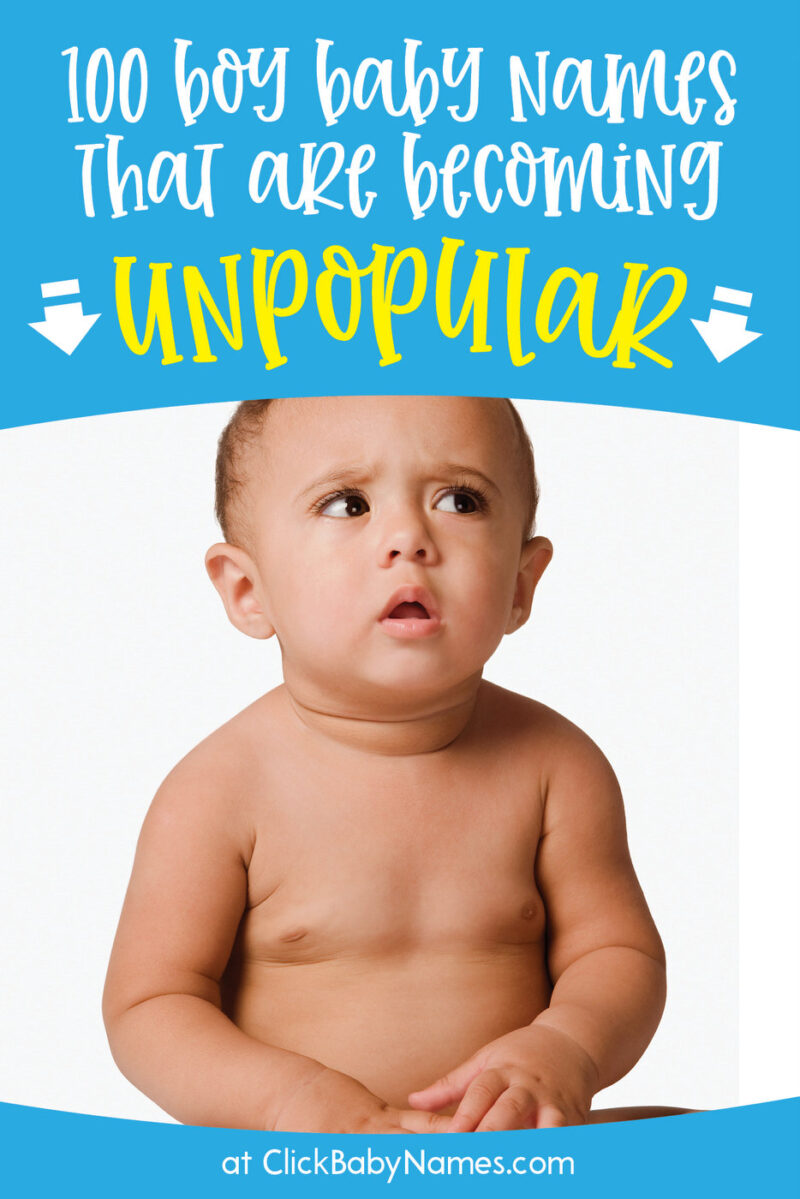