To boldly name… who no one has named before?

Call us dorks, sci-fi geeks, Trekkies or whatever you want — we are Star Trek fans, and proud of it.

Proud enough, in fact, to put together this list of more than 70 different Star Trek baby names, inspired by the five different series: the original, The Next Generation, Deep Space Nine, Voyager and Enterprise.

We also can’t forget to honor the creator of the Star Trek universe: you could always name your kid after Eugene “Gene” Wesley Roddenberry.

Want something completely alien? Got that. Something traditional from Earth? Have some of those, too. We also have a few that are interesting but don’t scream, “My mom took me to Comic Con when I was a month old.”

Below, you can check out names we hand-culled from from TOS, TNG, DS9, VOY and ENT — mostly based on characters, but you’ll see a few other things (such as actors’ names and some alien species) in the mix.

So, you’re enough of a geek that you love Star Trek so much that you’d consider naming your child after someone or something from the show. Awesome.

I’ll spare you casually listing off the first name of every character with a “normal” name, because it’s not like no one has thought of naming their kid James before — but James Tiberius (or just Tiberius, for that matter) is far more interesting, and will absolutely get your point across.

Baby James Tiberius Kirk, in fact, is pictured below — as seen in JJ Abrams’ 2009 Star Trek movie, with his mother Winona Kirk.

For the more adventurous, you could consider the gamut of Vulcan names such as Spock, Sarek, T’Pau (where do you think the “Heart and Soul” band got the name, hmm?), or T’Pol.

I suppose if you’re a fan of the Klingons, you could go that route as well — but personally, I don’t think I’d name my son or daughter anything that sounds like my cat being sick on the living room floor.

There is nothing restricting you to using just character names. You can go with Vulcan (also, of course, the Roman god of the forge), or perhaps Andor or Andoria, if you’re a fan of the blue guys with the funny antennae.

Truly, one can run wild with a Star Trek-themed name, as there are over 35 years’ worth of work to choose one from.

As such, this can only be an extremely partial list, intended to get your creative naming juices flowing. In no time you’ll have that perfectly geeky name for your little one.

MORE: Star Trek, the Original Series: About the classic TV show, the stars, and see the old opening credits

Names from Star Trek: The Next Generation

If you want to make it so, Jean-Luc is a nice choice, and will stand out without being blindingly obvious that mom and dad are complete nerds.

If you’re slightly more daring, why not try using a last name instead? Picard or Riker would certainly make for good, interesting boy names.

There’s a limit to what works here, however. For example, you may wish to avoid naming your son Crusher, unless you plan on him becoming a professional wrestler.

And unless you want to give your child a life of computer record hassles — meaning everything from his driver’s license to his direct-deposit — there’s one more name we definitely can’t recommend: Data.

First off, the coolest/strangest one: Saru, for the Kelpien Starfleet officer played by Doug Jones.

You could also consider the old Welsh name Rhys for Lt. Gen Rhys, and Bryce for Lt. R.A. Bryce — plus the names Ash, Tyler, Keyla, Philippa and Georgiou. Also consider for a girl Sonequa, for Sonequa Martin-Green, who plays Michael Burnham.

In this 2020 TV series, the multi-talented Isa Briones plays sisters Soji and Dahj — both unique and beautiful names. (Isa is short for Isabella.)

Other possible baby names from this Star Trek series (not counting the ones we covered above for Next Generation) Jurati, Raffi, Cristóbal and Rios, Narek, Elnor, and Narissa. 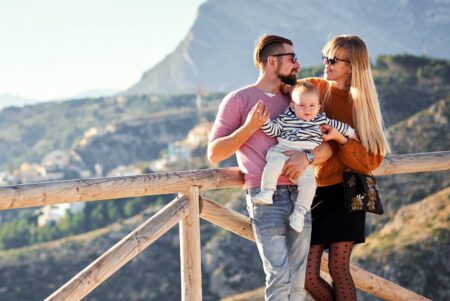